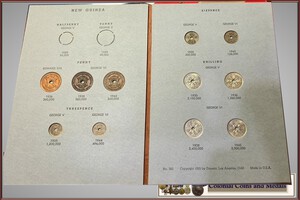 and neatly displays a set of average coins. Included within the set are

The Dansco Push-in Album itself is as issued and in very good condition.